The Fairy Tale of the Black Forest

Beren Baumgartner knows a thing or two about start-ups. At the age of sixteen, Beren had his first company. Later, during his studies at the Animationsinstitut, he and his fellow students founded their own studio: Zeitland media & games. After more than twelve successful years, our alumnus looks back on the beginnings of Zeitland, but also gives us insights into the studio's latest project called BLACK CASTLE, which recently received the pledge of a prototype funding of 100,000 euros. We congratulate the team and want to know more!

Hi Beren! Please introduce yourself briefly to our readers and tell us about your career path so far.

I'd love to! From 2008 to 2011, I studied Interactive Media at the Animationsinstitut, specializing in conception. I’ve started developing games more than twenty years ago, around the year 2000, just before I finished school. Prior to that, I had a web design company together with some peers—the company still exists. Then, around the 2000s, I had my first experiences with game development. I began studying in Munich, worked there, also for game companies, and freelanced a lot. Then, I came to Filmakademie, where I did my studies. Afterwards, I’ve stayed here and founded Zeitland media & games with fellow students and our studio partner, remote-control productions.

Most people probably get in touch with game development because they used to play games themselves and, sparked through that passion, want to develop something on their own—was that similar for you?

I think all of that can be traced back to one’s childhood. My mother was a teacher and simultaneously created a lot of art, my father was an engineer. Therefore, there were many influences in terms of illustration, drawing, and technology in my early childhood. During my teenage years, there were pen-and-paper role-playing games—DUNGEONS & DRAGONS, for example. With the success of STRANGER THINGS, most people probably heard of that by now. When I was seven or eight, I tried to recreate board games on the computer—with a MS-DOS paint program. I made some units, printed them with a dot matrix printer, glued them together, and created a little board game. But I don't know if it was really playable or just confusing... and then, of course, I played video games: Monkey Island, Sonic, Mario, Zelda and so on.

Study Interactive Media at the Animationsinstitut!

Does this mixture of analogue and digital game development also influence the games you make nowadays?

I hadn't thought about the fact that it might stem from there. We’ve also made hybrid games; the idea fascinates me. Haptic things are very exciting, but, of course, that's not our main focus. If it's a creative project though, why not combine something digital with analogue elements? We've also done things for Ravensburger, for tiptoi® or smartPlay® for example. That’s why, regarding the initial question, I do think it’s all related. The bottom line is that they are all interactive projects that are fun.

A lot is being done here for game development [...]. This helps the regional creative scene, which continues to grow—especially in Ludwigsburg.

What has changed compared to the early years? In the company and in the industry?

In the beginning, you fish around in some kind of primordial soup. We started with the idea of transmedia projects. We graduated from Filmakademie with different skills and preferences, so that was a good fit. After the transmedia approach, there were game development projects, but, subsequently, due to growth and financial reasons, we said we'd also make business apps and work with apps in general. That was the primary focus for a few years. Some time ago, we changed our mind and decided that we'll take the risk of developing our own games and intellectual properties (IPs). 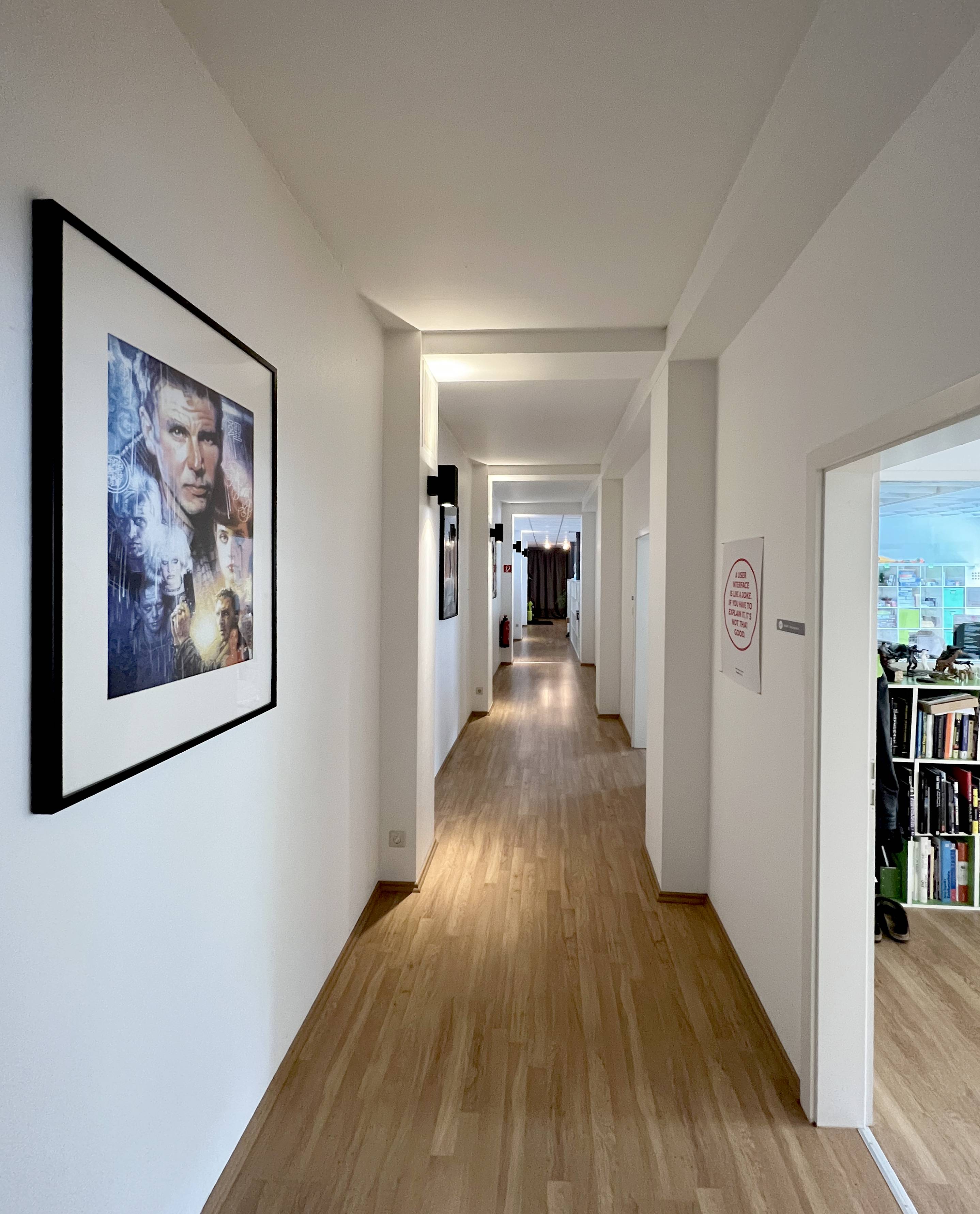 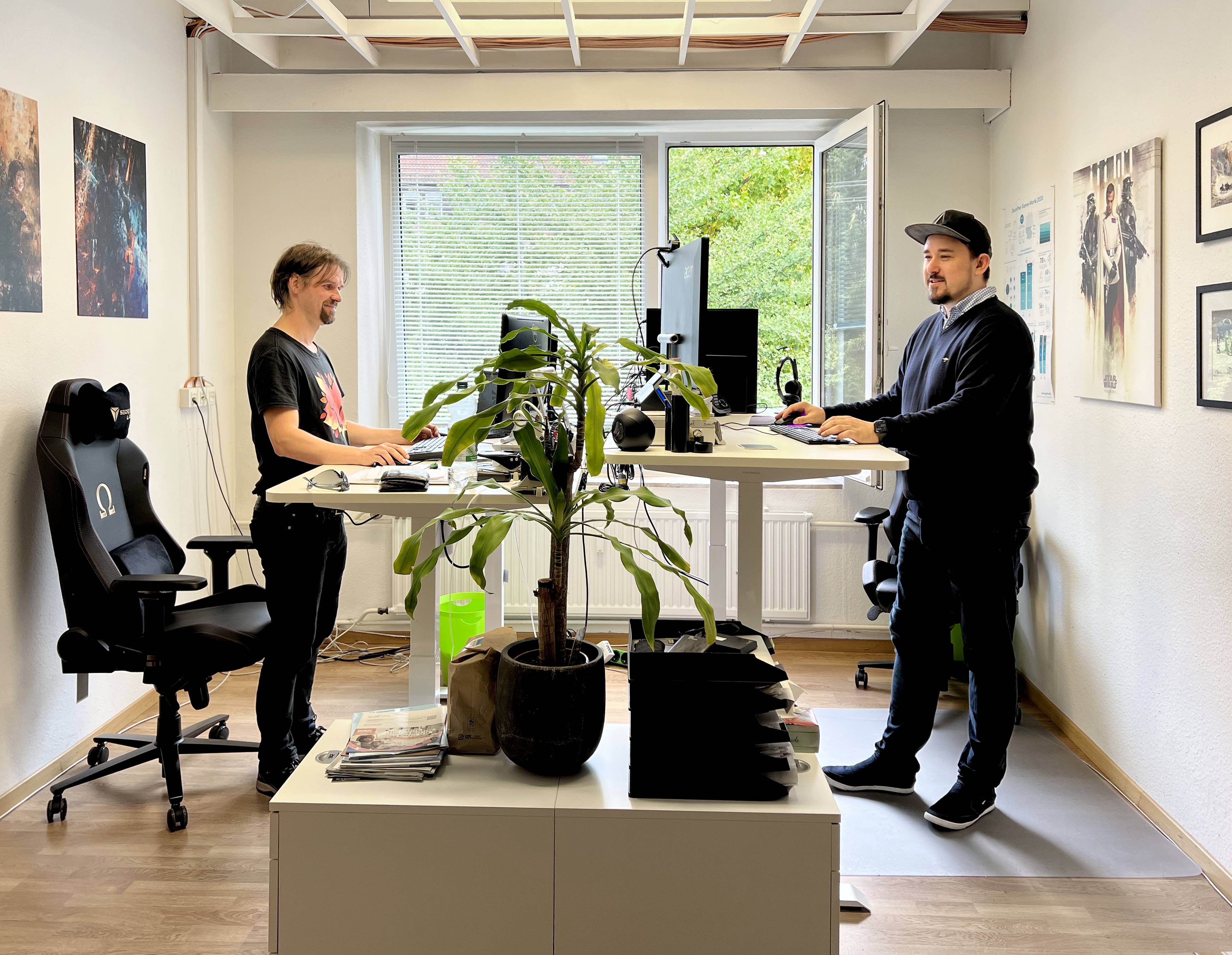 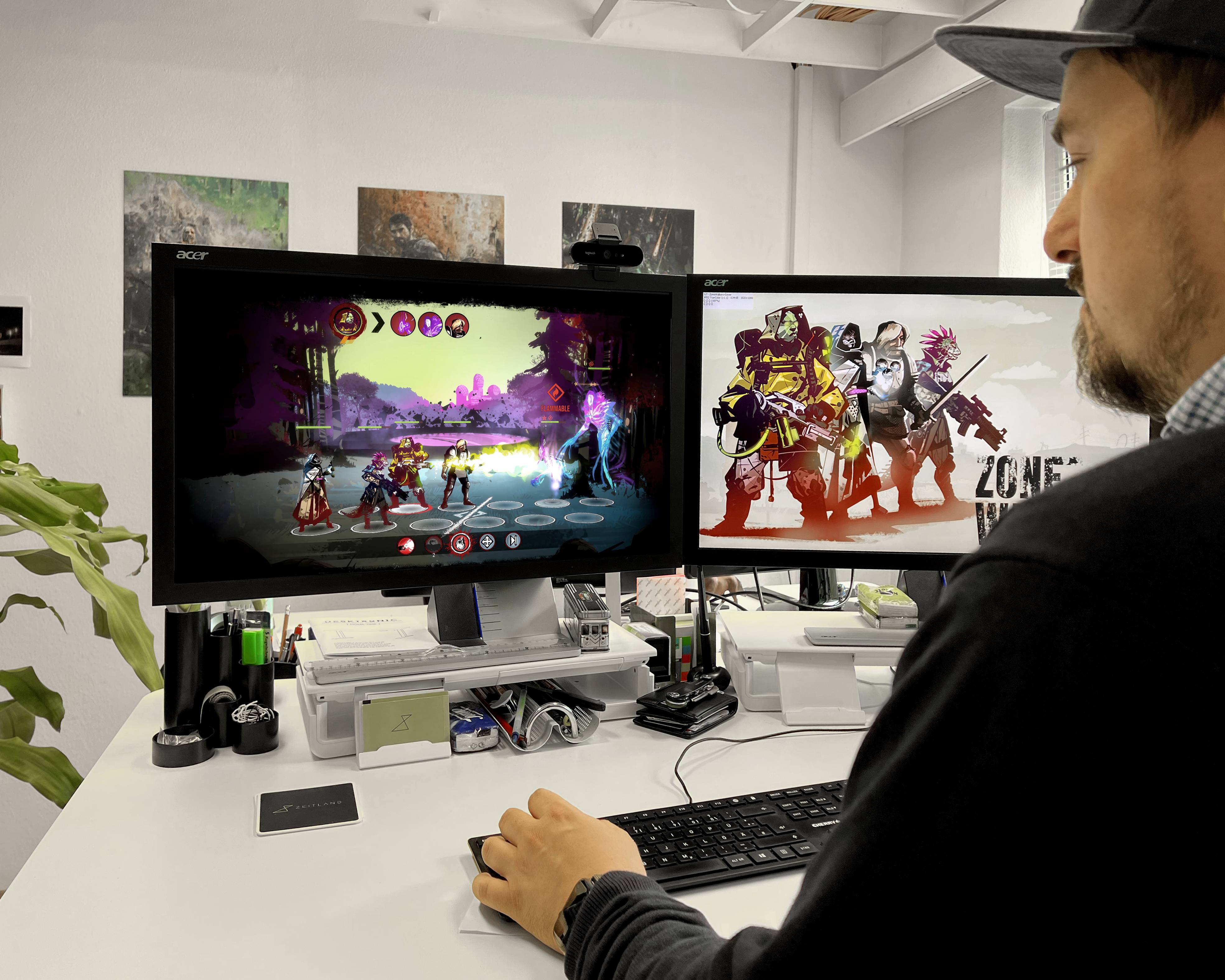 The team has also evolved over the years. We grew quite quickly at one point and then got smaller again. Then you try to organize everything better. Currently, we expand more on a project basis and work with specific people who fit the respective projects. With the main team, however, it's important for us to maintain a solid core that has been working together for a long time and is well attuned. That's how it's been for a few years and it's going very well.

This year, you received the pledge of a prototype funding from MFG of 100,000 euros. How did that come about?

At Zeitland, ideas go through a process. Maybe one idea out of a hundred turns into something bigger—that's what an experienced person from the film business told me a few years ago. It's not that different with games. Of course, at the beginning, we try to find out which of the ideas would be profitable. BLACK CASTLE went through all of these internal tests and then we thought about how we could make it financially viable. What are the steps we need to take? First, we created a concept. Based on that, the next step is to develop a prototype—with the kind help of MFG with their Games BW funding program.

Tell us more about BLACK CASTLE.

We wanted to create something that has to do with mystery and the Middle Ages. When we were researching, we realized that the Black Forest suited our idea quite well because it can be very mysterious. The name itself already is. Regarding the Middle Ages: Germany has the most castles in the world and a lively medieval culture. We also have an expert for the Middle Ages on our team. Additionally, some of us do live action role-playing (LARP) and personally, I'm fascinated by medieval architecture.

In terms of game design, BLACK CASTLE is a mixture of a classic, atmospheric adventure game and a grid-based puzzle. Players go into puzzle rooms and have to solve sliding puzzles on a grid, move around on it, avoid traps; all turn-based. You make your move and then, the enemies react. Outside the puzzle rooms, you find yourself in areas where you can move around freely, like in a classic adventure game. That’s how you experience the exciting story in a huge, mysterious castle in the Black Forest.

You work together with a medieval expert. Does that mean that there are no fantasy elements at all?

On the contrary, there are many fantasy elements: dark fantasy and mystery to be specific. (...) What was important to us, and that’s why we have a medieval expert, Jens Thomä, on board, is that the architecture and other things we show are based on and inspired by real life examples. That gives it a certain credibility, which we contrast with fairy tale elements. I think that medieval times, fairy tales, and a mythical dark forest mix really well!

BLACK CASTLE—Mood of the Game 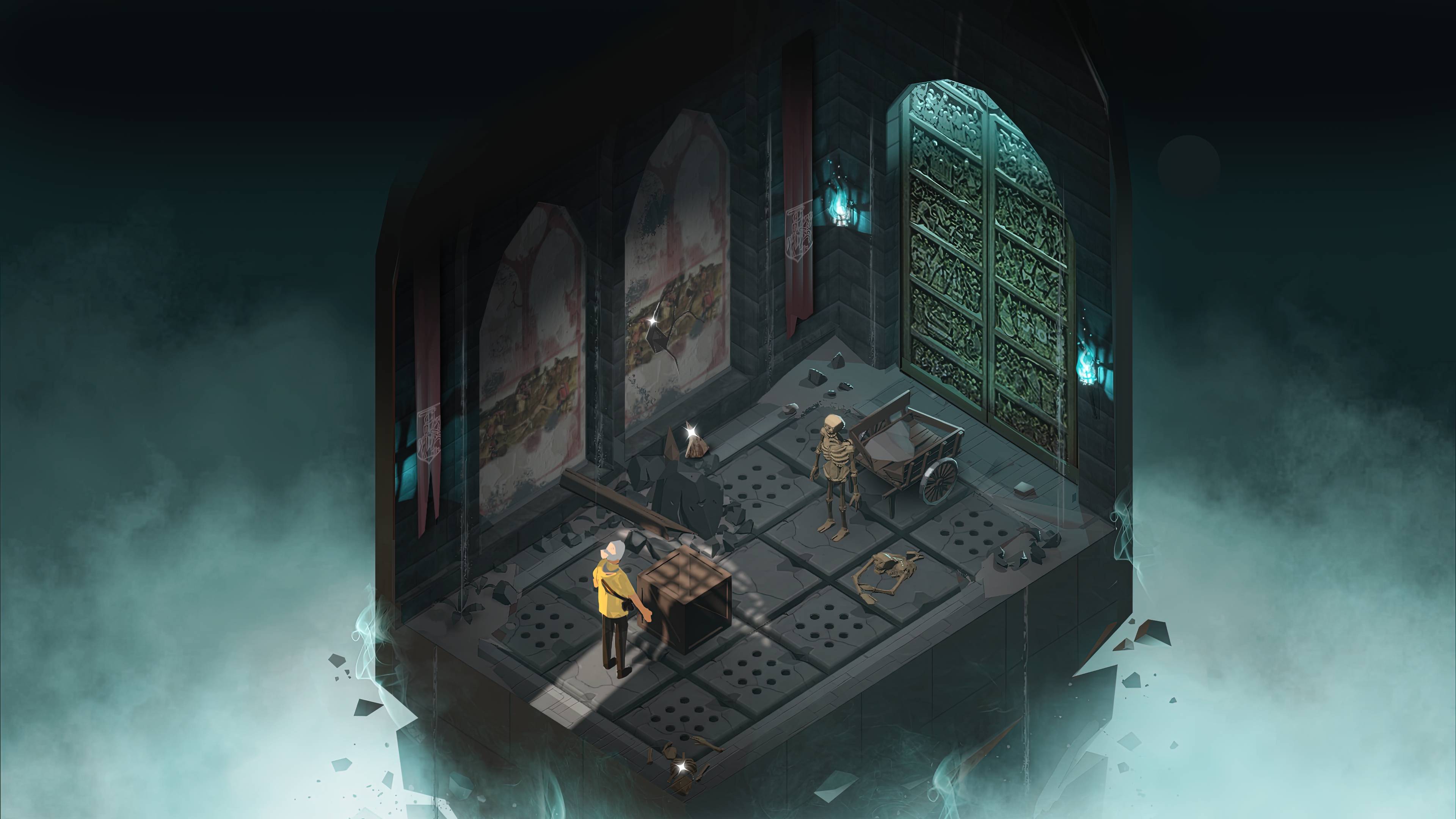 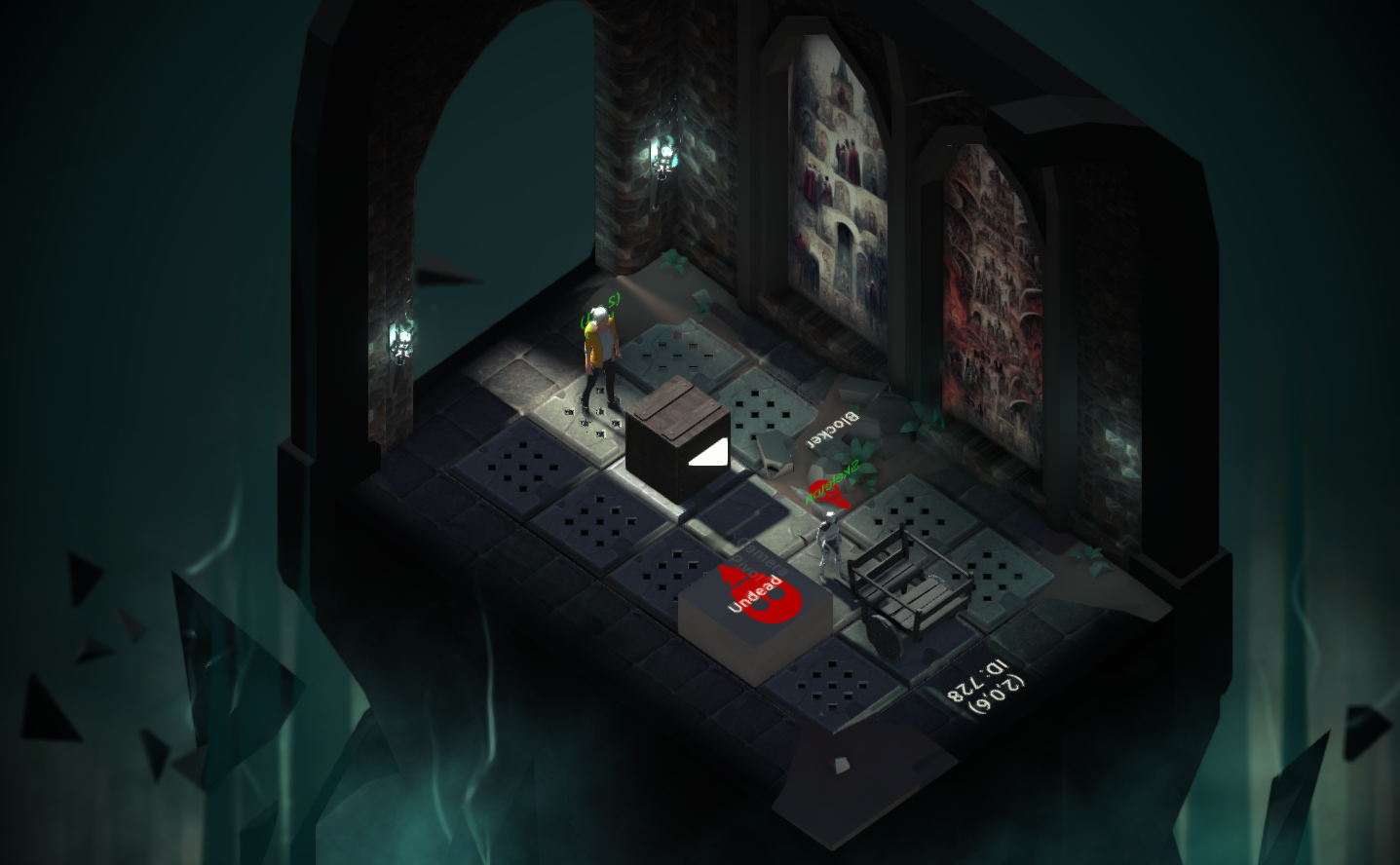 Adventures often have a humorous side to them; you guys went for a very dark atmosphere. Where did that come from?

We do different things in our studio. We've done a lot for kids and also business apps. With BLACK CASTLE, we wanted to do something new with more atmosphere for a change. Besides, we are mystery, medieval, and fairy tale fans ourselves. (...) MONKEY ISLAND and DAY OF THE TENTACLE are of course great and fun, but there are also more dark adventures like THE DIG by Steven Spielberg, GABRIEL KNIGHT or BROKEN SWORD that especially inspired us. Nowadays, there are horror/survival adventures like THE QUARRY, UNTIL DAWN or THE DARK PICTURES that also go in a darker direction. (...) I just want to say: The adventure genre has more to give than just humor.

When will the prototype be ready?

That depends on many processes. The plan is to have the prototype ready next spring. Then, we'll look for a partner and plan to set up the finances for full production.

The Gamification of the Climbing Gym